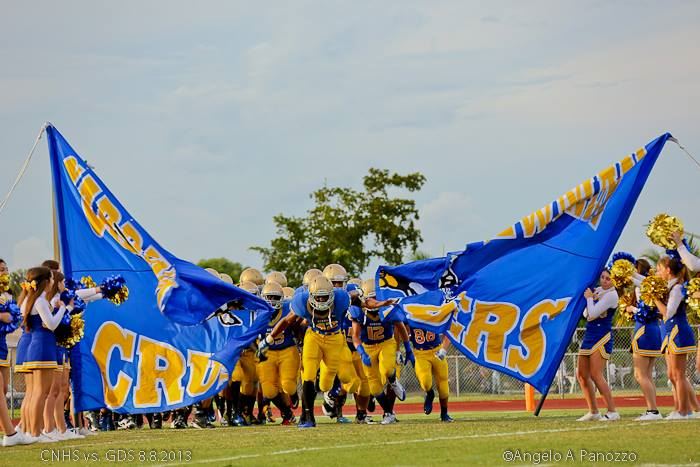 Cardinal Newman does it again! The hardworking Crusaders took home a win against Saint John Paul II on October 9th. The Newman football team kept St. John Paul trailing behind. With a total of 25 points, Cardinal Newman was proud to say they won against Pope with only 12 points. Kickoff! Cardinal Newman was off to a great start with one touchdown in the first quarter, leaving St. John Paul with zero points. Joe Thomas, the quarterback, threw an amazing 13 yard pass to Jason Lovingshimer, the wide receiver, on the field. The Crusaders would not let their opponent catch up to them, so the boys pushed through and scored 2 more touchdowns in the second quarter. The Cardinal Newman kicker, Drew MacMillan scored an extra point for one of the team’s touchdowns. Unfortunately, Pope was able to get one by the Crusaders which totaled them up to 6 points. In the third quarter,  both teams were off to a slow start back into the game. St. John Paul attempted to make a comeback in the fourth quarter with another touchdown, but the Crusaders would not let that touchdown weaken their game efforts. They worked together and were able to score one more time and take home the win. The individuals that highlighted offense for this game were Joe Thomas, Keith Golden Jr, and Domenico Fusca. During this intense game Cardinal Newman finished with 3 turnovers and 3 fumbles while St. John Paul II only had 1 turnover and 1 fumble. The Cardinal Newman Crusaders next game is against Clewiston. We wish the boys good luck in hopes for another win this season!